A longing for nature

Today it was lovely and sunny.  I walked to the Vietnamese restaurant for lunch on my own.  I carried a leather satchel, making me feel rugged and adventurous.  In it I had my iPad 2 and notebook, to think about B-Grade Renegade over lunch...  (I'm currently working on the AI for the enemy monsters).

As I wandered over the sunny bridge, across the Yarra River, I longed to go hiking in the wilderness, to explore, to build things, to put up a house, to raise a barn, to ride a horse.

It was a nice feeling, even though I know these things don't fit into my life right now.  Just thinking about it was nice.

And as usual, my mind strayed to how these things could perhaps be done in a computer game, a simulation, but giving the real feeling of doing it... and at the same time, I didn't really care about that.  I knew that I really just felt like doing it for real.  Knowing that the realness of nature, the pointlessness of it almost, was part of what I wanted.

Not to have some HUD or counters, pointing me to my next goal, or tallying up how close I was to the next cutscene or checkpoint...

The real, downright, un-mediated rawness of nature... things just being wonderful, in and of themselves...

In this real world, I am still the centre of my world...  but the world does not revolve around me.  And it's good to remember that, and appreciate it.


Posted by Murray Lorden at 9:04 PM No comments:

Email ThisBlogThis!Share to TwitterShare to FacebookShare to Pinterest
Labels: Nature

This is an old prototype that I made in 2012 at TIGJam, a two day game jam. 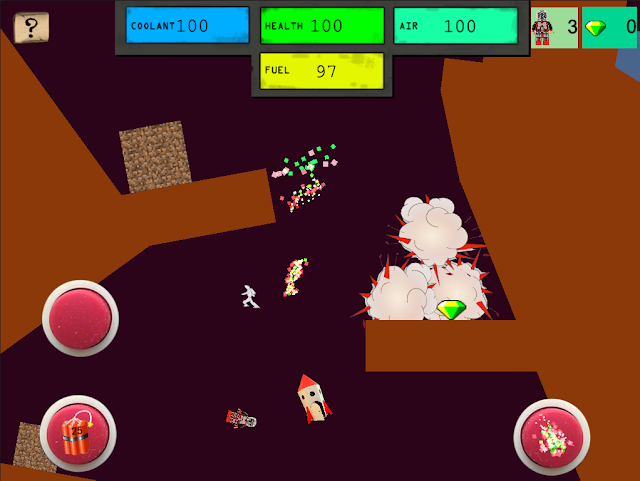 Prototype Goals
I wanted to try out some ideas with simulating a few different systems that tie together to make interesting gameplay.  Specifically I came up with:

Future Thoughts
It's pretty rough around the edges, and the level design was rushed in the last few hours of the game jam!

It would be a cool game for Android TV with a gamepad, perhaps!


Here's a bunch of photos from that weekend...  :D

Looking back now, I realise this was a sort of launching point into becoming part of the local Melbourne indie community, and it felt great to go and work amongst a whole bunch of people who are still strong members of the Melbourne scene today. 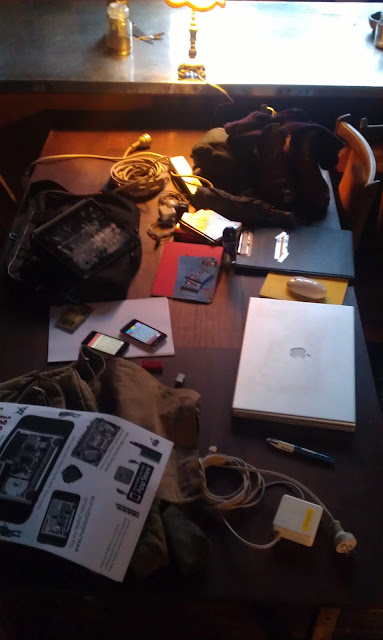 Gathering up all the junk to take to the jam! 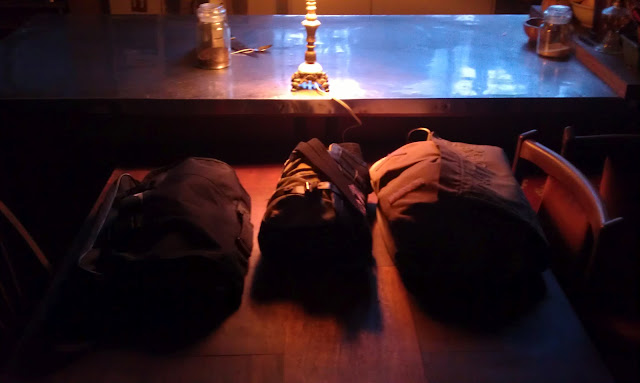 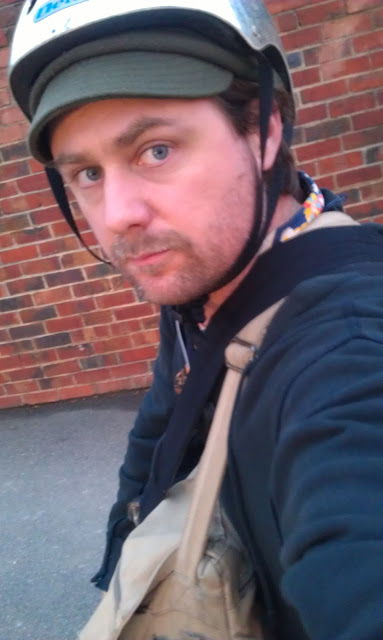 Everything strapped on, and riding to the jam! 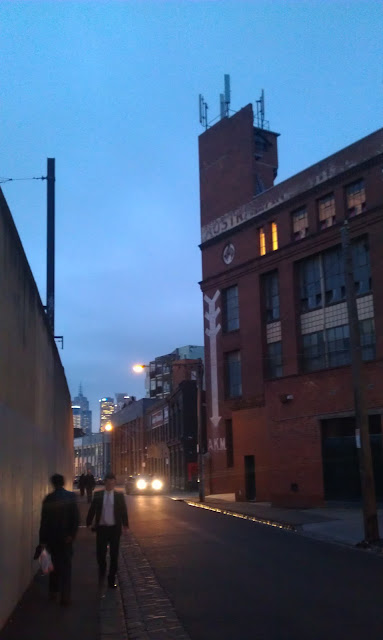 Arriving at Inspire 9 in Richmond for the jam. 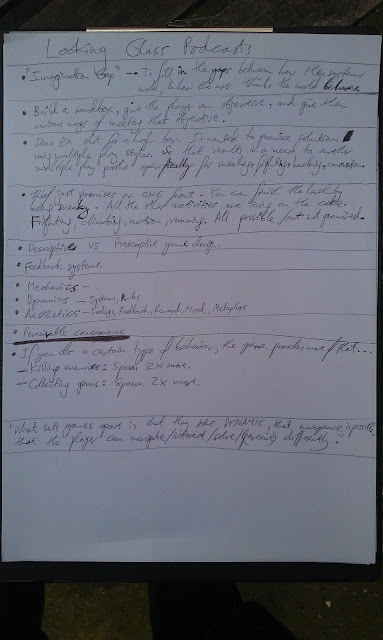 I'd been listening to the glorious Looking Glass Podcasts by Matthew Weise at MIT Gambit, and I took inspiration from these, wanting to make a systems based game. 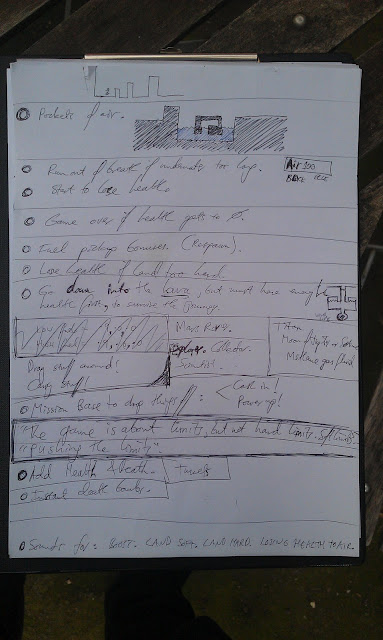 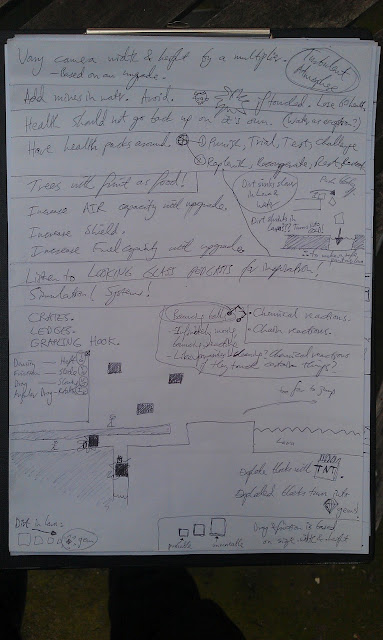 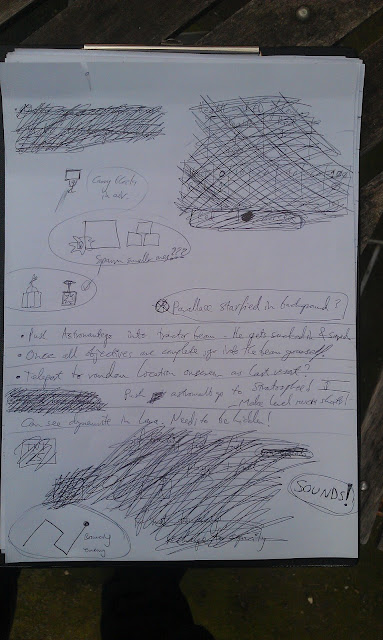 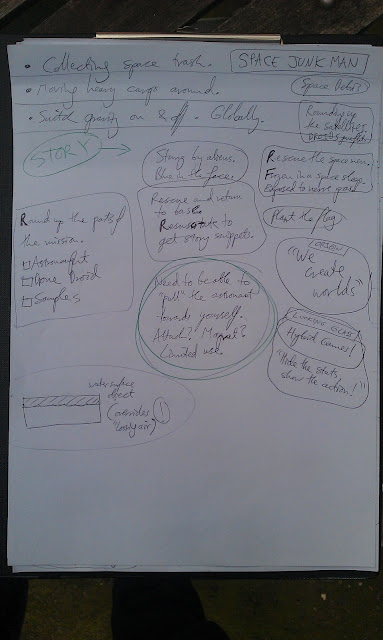 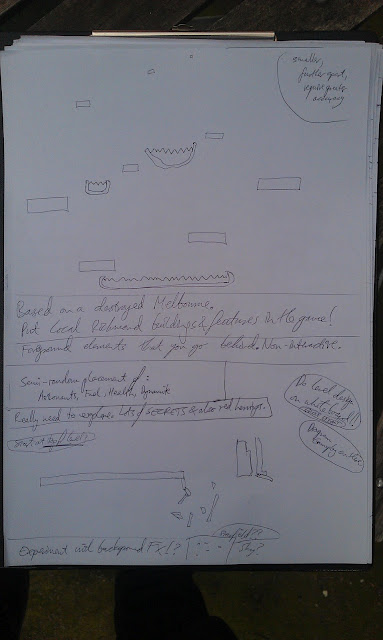 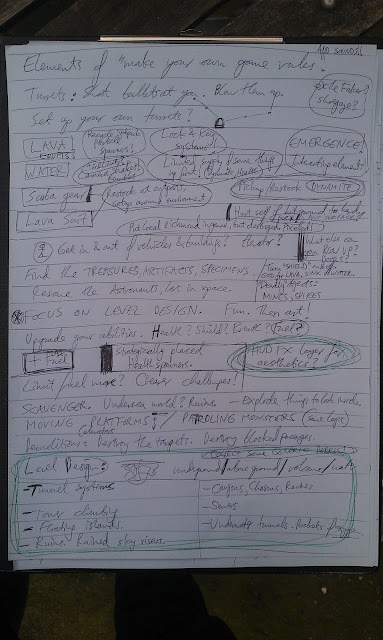 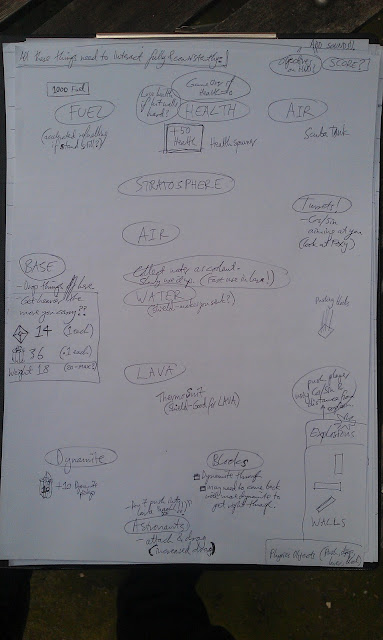 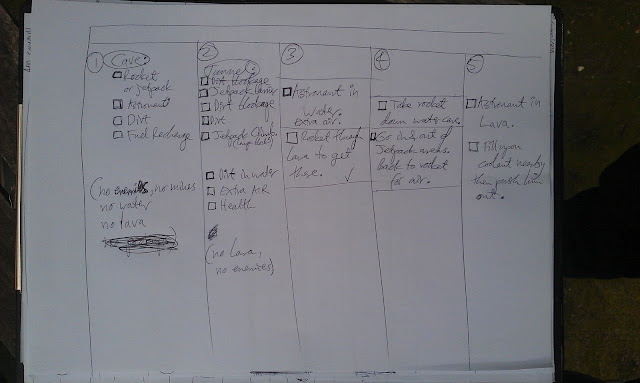 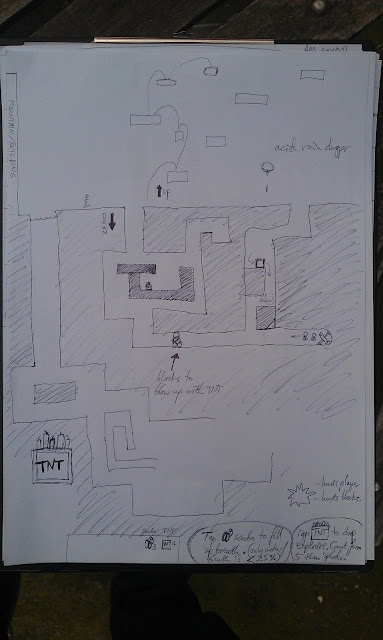 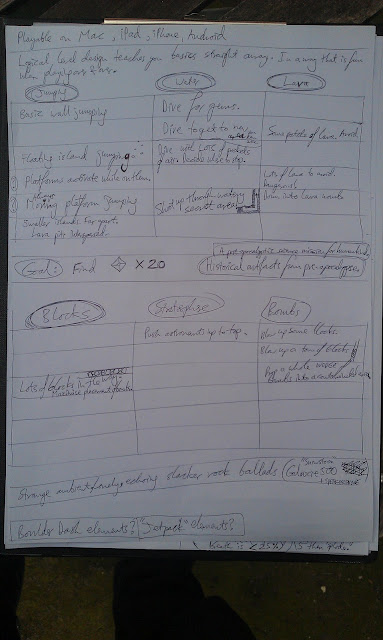 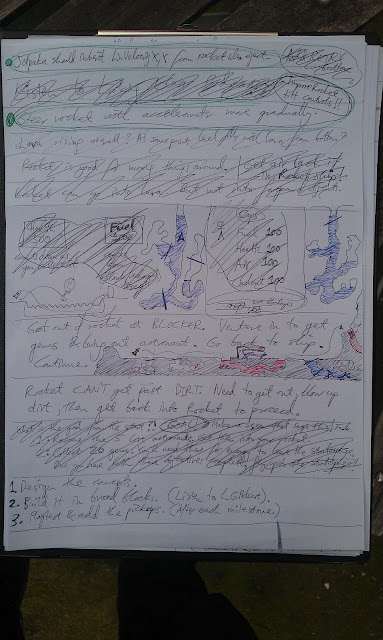 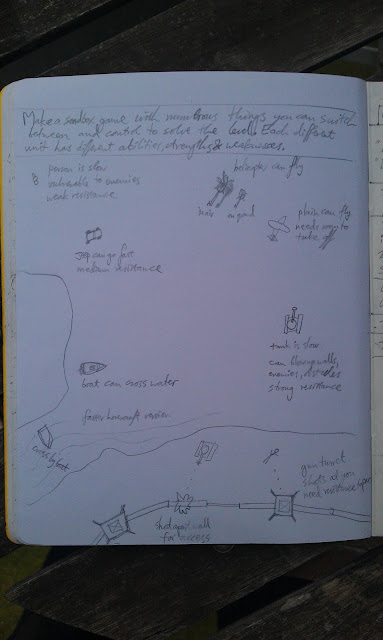 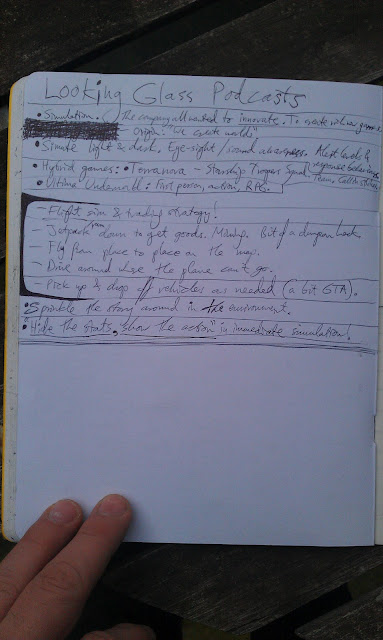 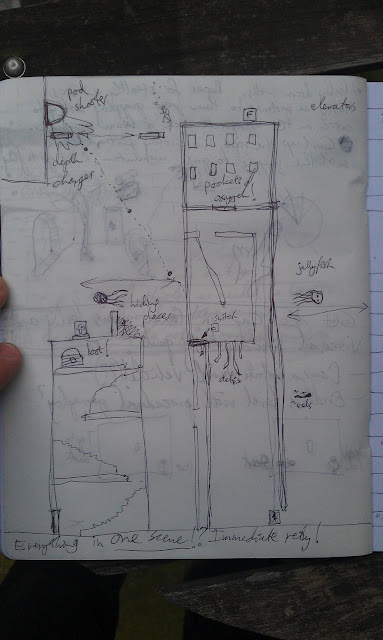 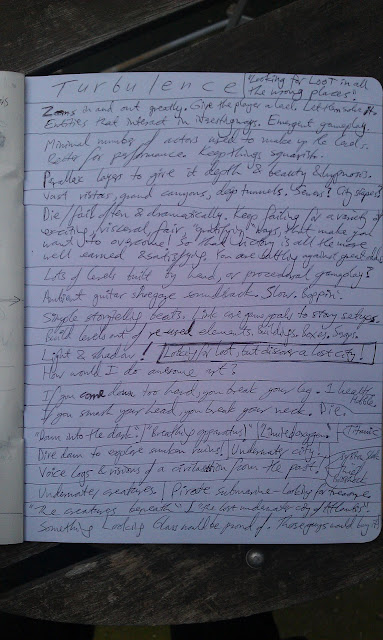 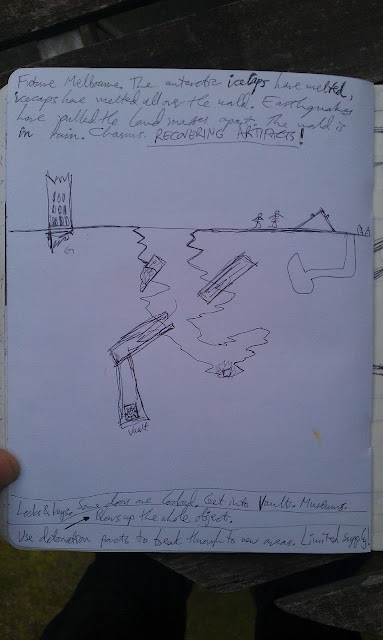 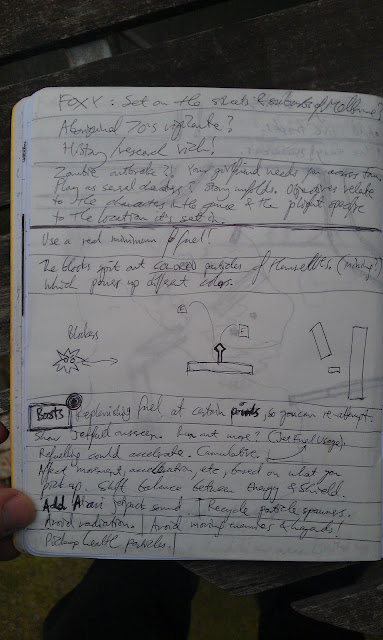 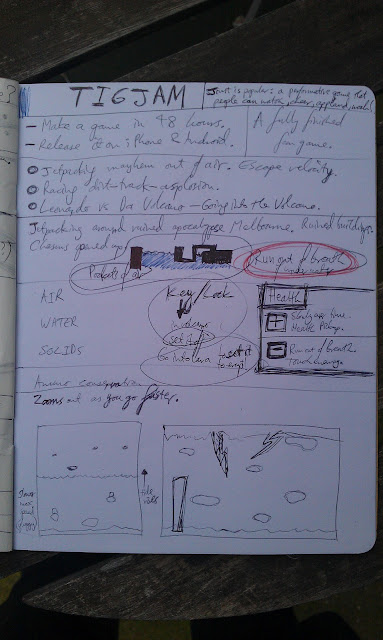 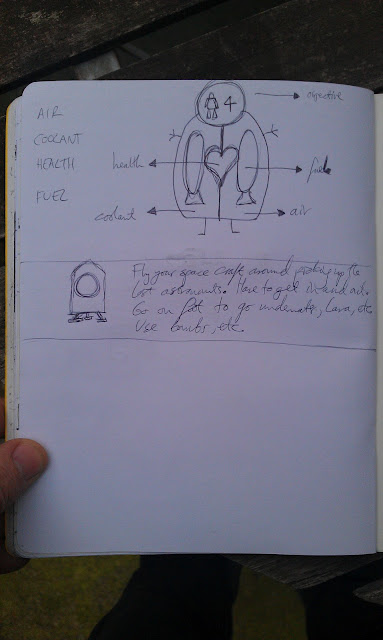 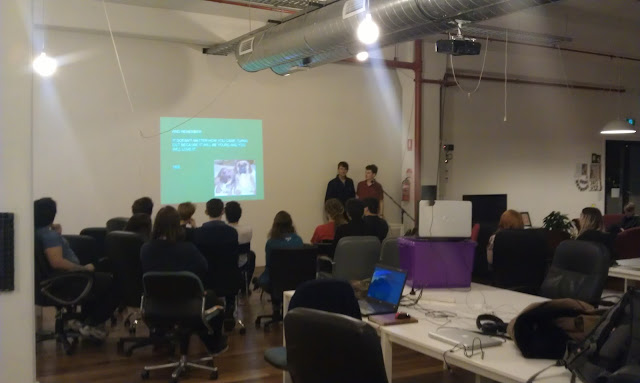 This was the end of the jam when people could volunteer to show off their stuff!

Posted by Murray Lorden at 12:02 PM No comments: