I've been doing a bunch of sketching and planning for SECRET KEEP.

I thought I'd post a handful of these things here.  :D

Warming up my drawing hand with some sketches of items from The Black Cauldron (Disney, 1985). 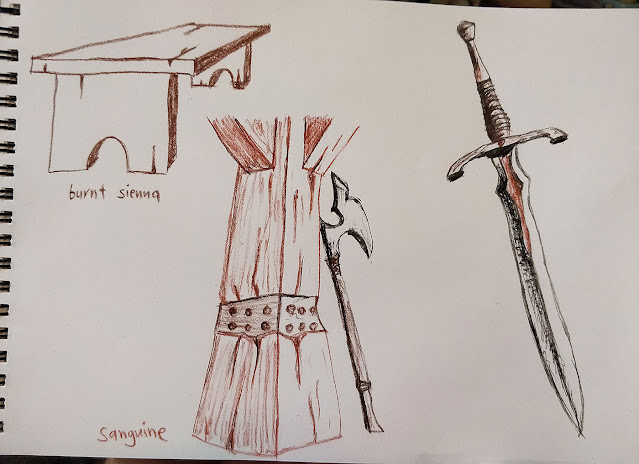 Sketching some items from The Sword in the Stone (Disney, 1963).

Trying out Charcoal Pencils for the first time!  Nice blacks, and a cool sketchy feel, but needs fixative!  :) 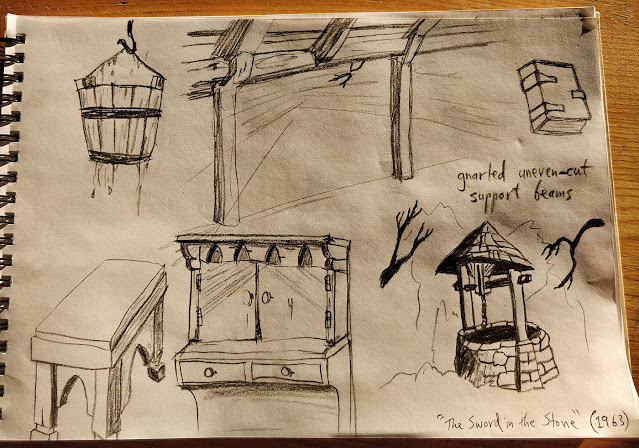 A little castle sketch from an interesting picture I found on the internet. 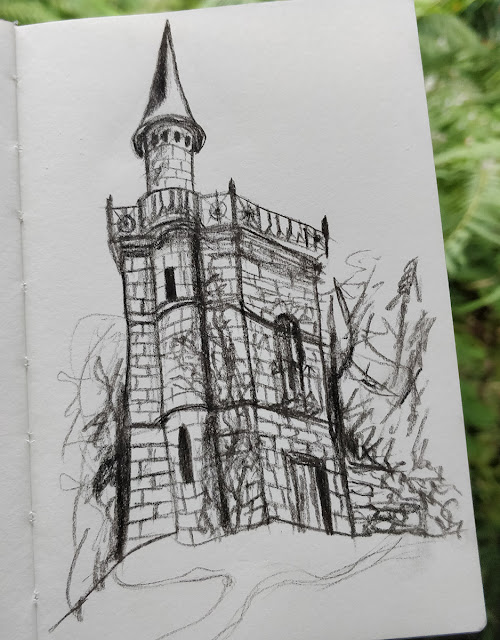 And a watercolor sketch of the king's castle in Daventry!  :D 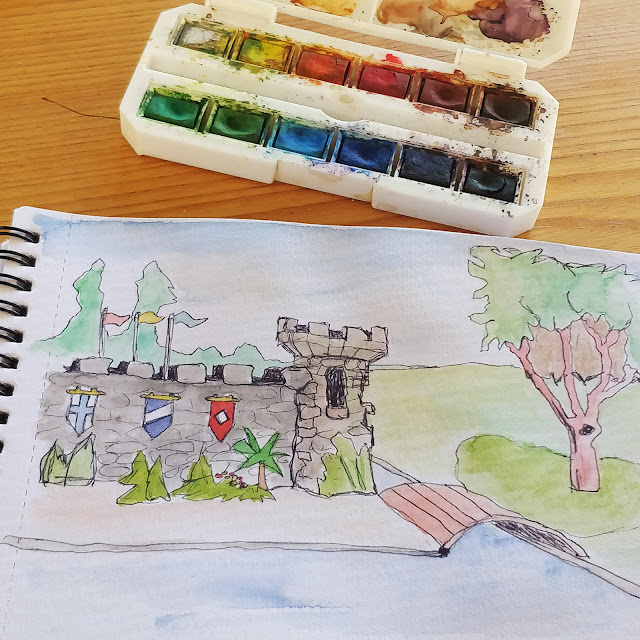 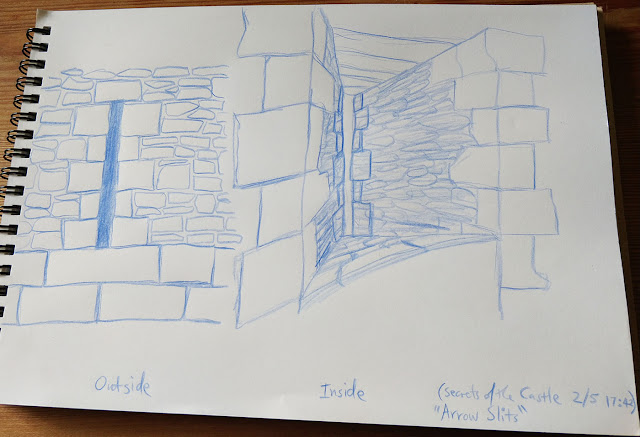 Thinking about how the user interface and interactivity will work. 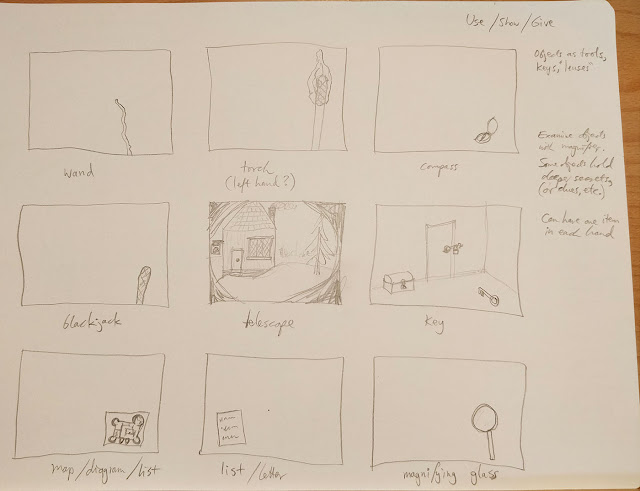 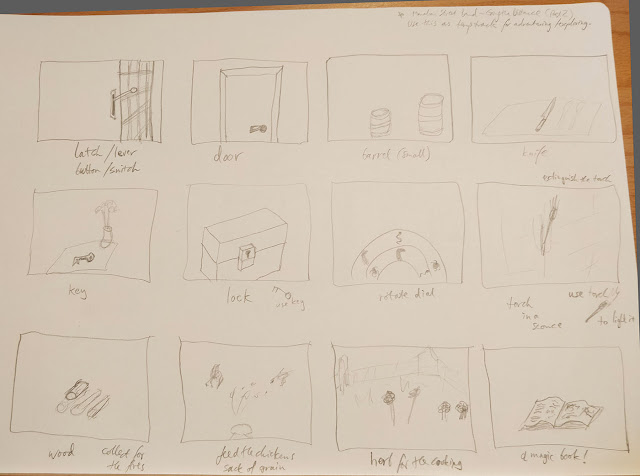 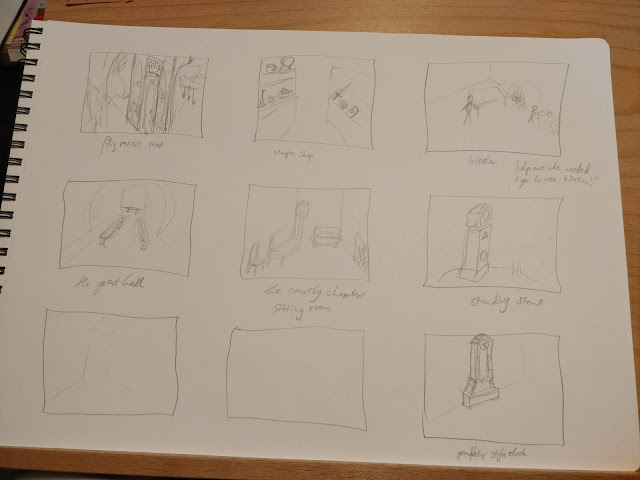 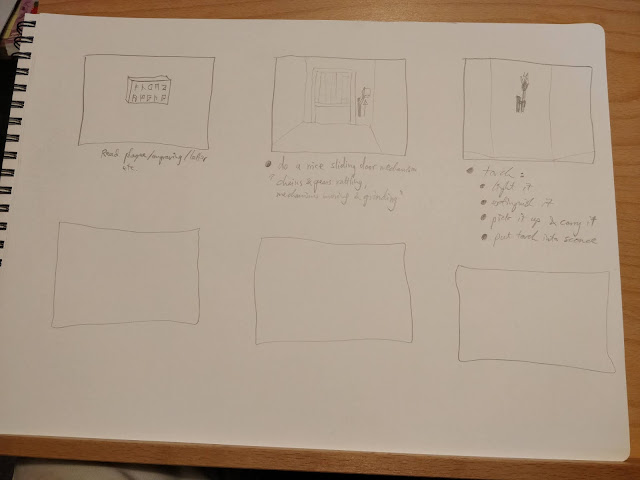 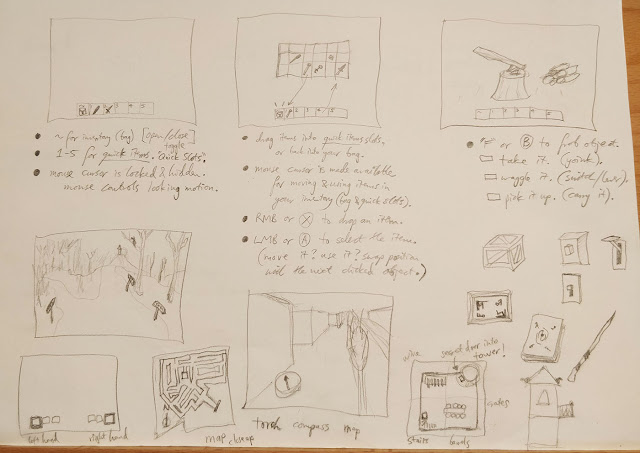 It's finally time to knuckle down and actually come up with the layout of my castle for SECRET KEEP.

This task was bewildering me for a while because a castle is a complicated thing, and I want the location to feel grounded and real, and so I got sidetracked for quite some time just studying up about castle, and actually trying to understand all the main parts of a castle, where they are, and how they work.

I started to list out the elements that were important to me, that I wanted to include. 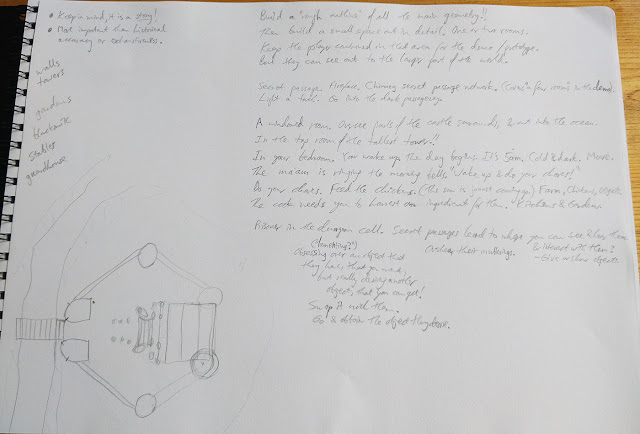 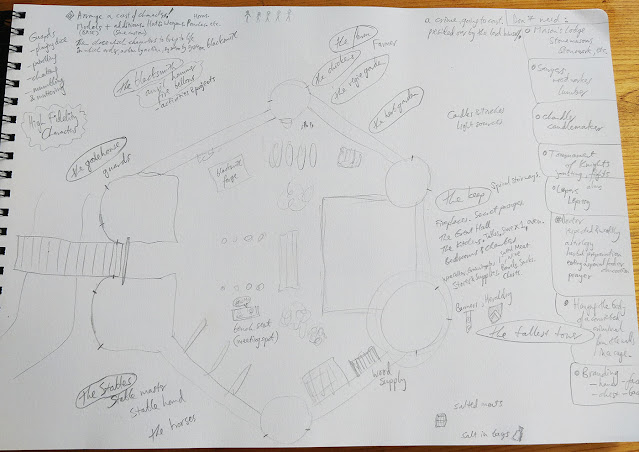 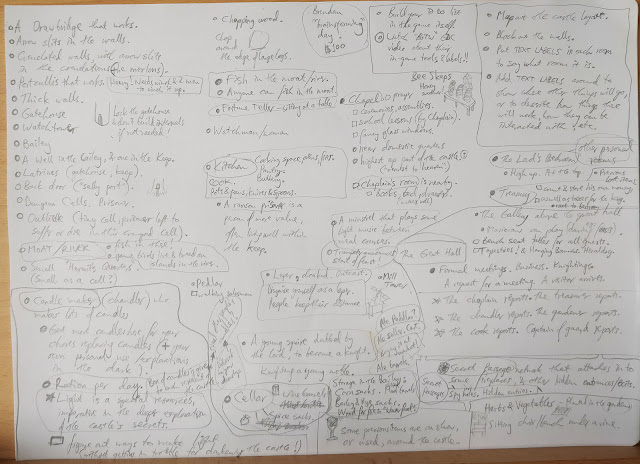 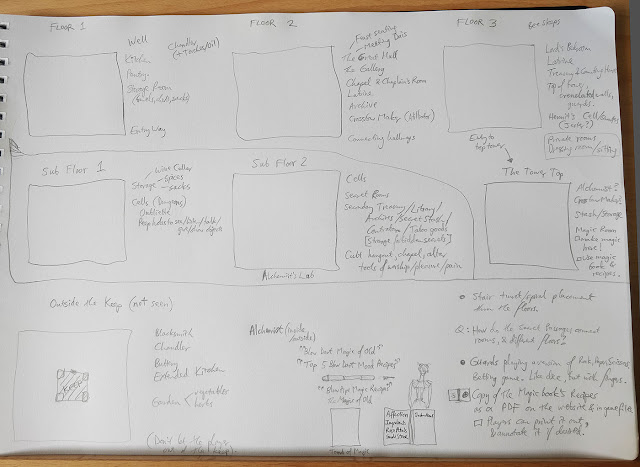 I then started to translate those lists of rooms into actual floor layouts on another piece of paper.  It was good to use A3 paper for a lot of this work, to keep connected ideas on one page.  (I usually work on much smaller A5 pages when throwing down ideas, as I can carry an A5 clipboard around with me at all times). Thinking more specifically about the spaces that would be important to the player, and where the game would start, around the kitchen, the garden and the great hall.

Once I had a sense of the rooms I wanted to include, I did a quick sketch on a small piece of paper, from side-on cross-section. 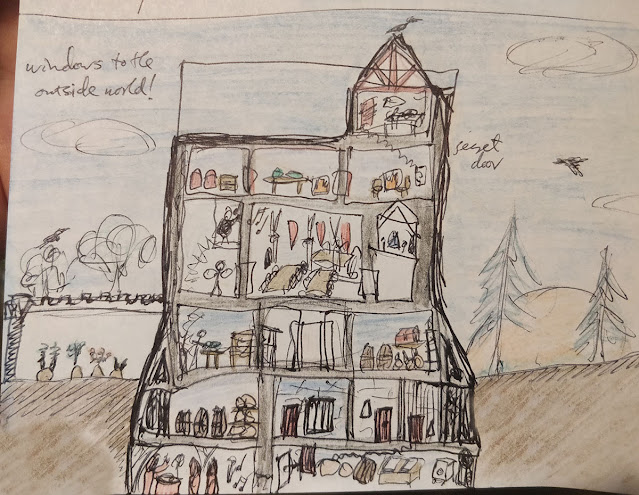 And finally, I ended up with a rough multi-floor plan of the entire keep of the castle, the crux of my game SECRET KEEP.

I've just roughed out the position of each room, and now feel ready to start actually building the space in my Unity project. 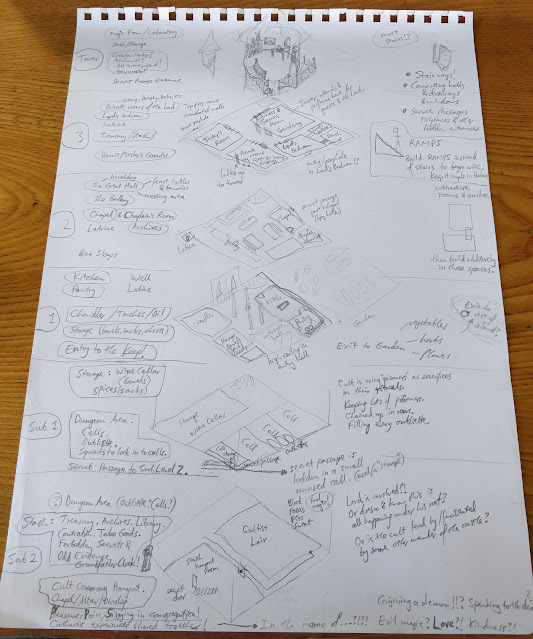 A close up of the tower top room. 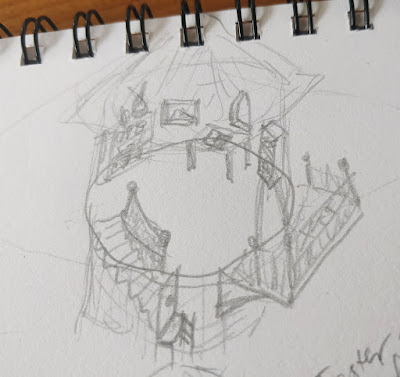 Now I'm ready to start actually building the castle in Unity!
Posted by Murray Lorden at 4:55 PM No comments:

In 2016, I posted up some slides from a Doug Church talk about Object Systems (with examples from Thief) from around 2003 or so.

The talk is focussed on his experience writing the object system for Thief 3 and Deus Ex 2, and it is largely based on the earlier Thief Object System (work done by people such as Marc LeBlanc and Doug Church).

The AUDIO can be found here on the GDC Vault.  I would definitely recommend listening to that.

The SLIDES that accompany the talk can be found here.

I found it hard to find the slides for the talk, so I thought I'd share them here as an easier way for anyone else to find them.

Posted by Murray Lorden at 10:27 PM No comments: