So I dug up an old project, and went to work making it have multiplayer support!

Unity's uNet system allows users on Mac, Windows and Android all to join the same match and play together.

This prototype is playable on Android, by using an Xbox 360 controller and an OnTheGo cable and a Google Cardboard or equivalent.

I got stuck on a few bottlenecks along the way!
I mainly had trouble because I had two overlapping problems!

But my bug was also being confused by the fact that I had used Unity's FirstPersonController to base my original single player mech prototype on.  So I had to spend some time digging around 4 or 5 scripts to find all the local player specific code, such as input and movement, and applying the (isLocalPlayer) if statements around the appropriate stuff!

I'd done a pass at the player controls, but only later I realised that I hadn't completely separated out the MouseLook and SimpleMouseRotator snippets.  That had meant that the player prefabs had been stomping on each other's mouse look values, causing problems with weapon firing.

Once I'd sorted out both those issues, I got it all working!  Hooray!


I'm pleased to announce that tonight I finally got all the basic multiplayer networking correctly set up! 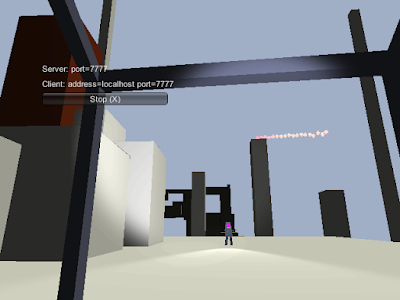 The players can join and jetpack and shoot, across the network!

Also, part of the challenge I'd set myself was to build the foundations that would support Google Cardboard, Oculus Rift, SteamVR, etc.  So I detect what platform you're on and activate the appropriate camera system. 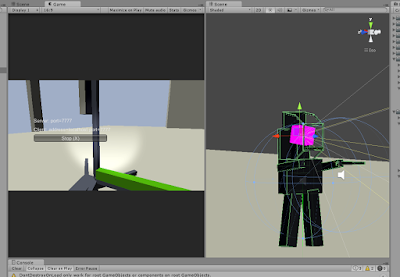 Each player has a torch attached, which moves with the way their head is facing. 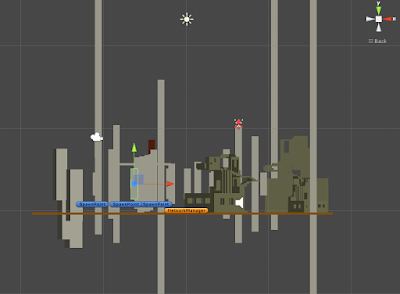 I'm thinking of making the levels darker, so the torch is more important and relevant.

Posted by Murray Lorden at 12:02 AM No comments: